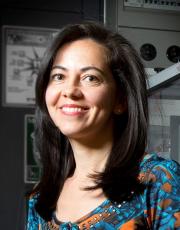 Hatice Altug is professor of Bioengineering Institute in Ecole Ploytechnique Federale de Lausanne (EPFL), Switzerland. She is also director of EPFL Photonics Doctoral School. She received her Ph.D. in Applied Physics from Stanford University. Her laboratory is developing next generation biosensor and spectroscopy technologies enabling real-time, label-free and high-throughput analysis of low quantities of samples such as biomolecules, pathogens and live cells for applications in disease diagnostics, point-of-care testing, drug discovery and fundamental biological studies. Her lab expertise includes nanophotonics including plasmonics and dielectric metamaterials, micro/nanofluidic integration and new nanofabrication schemes for high-throughput and low-cost manufacturing.

Dr. Altug is the recipient of 2012 Optical Society of America Adolph Lomb Medal, which is presented to a person who has made a noteworthy contribution to optics at an early age. She received U.S. Presidential Early Career Award for Scientists and Engineers (PECASE), which is highest honor bestowed by the United States government on outstanding scientists and engineers in their early career. She is also the recipient of European Research Council Consolidator Award, U.S. Office of Naval Research (ONR) Young Investigator Award, U.S. National Science Foundation CAREER Award, Massachusetts Life Science Center New Investigator Award, IEEE Photonics Society Young Investigator Award. She received Intel Graduate Student Fellowship, IEEE Photonics Society Graduate Student Fellowship. She is the winner of the Inventors’ Challenge competition of Silicon Valley in 2005, best paper and research excellence award by IEEE Photonics Society in 2005. She has been named to Popular Science Magazine’s "Brilliant 10" list in 2011. 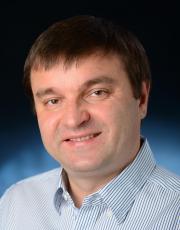 Ivan I. Smalyukh is a full professor at the Department of Physics at CU-Boulder, which he joined in 2007. He is also a founding fellow of Renewable Sustainable Energy Institute and Materials Science Engineering Program and directs the Soft Matter Physics Group at CU-Boulder. His research focuses on soft matter and biological systems, including liquid crystals, colloids, polymers, bacteria, gels, biomaterials and their photonic, electro-optic, opto-fluidic and energy-related applications. He published ~180 peer-reviewed papers and has an h-index of 48. He is an elected fellow of the American Physical Society. He received many awards, including the Bessel and Glenn Brown Awards, NASA iTech award and Samsung/LG Mid Career Awards of ILCS, the PECASE Award from the White House and the GSoft Award from the American Physical Society. 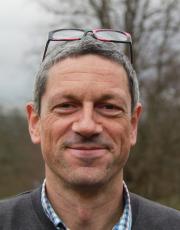 Prof TF Krauss is Professor of Photonics at the University of York, UK. He is interested in fundamental and applied concepts of light-matter interaction in photonic nanostructures and he has led a number of EU and EPSRC projects in various aspects of photonic crystal devices, such as slow light, optical interconnects and, more recently, novel photonic concepts for biosensing. He has published 300 refereed journal articles and 6 patents. Prof Krauss is a Fellow of the Institute of Physics, the Royal Society of Edinburgh and the Optical Society. In 2015, he was awarded a Royal Society Wolfson Merit Award. 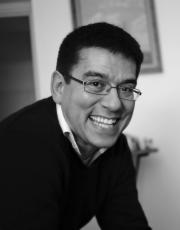 Andrew is currently Professor of Biochemical Engineering in the Department of Chemistry and Applied Biosciences at ETH Zurich and Head of the Institute for Chemical and Bioengineering. Prior to his arrival in Zurich he was Professor of Chemical Nanosciences and Head of the Nanostructured Materials and Devices Section in the Chemistry Department at Imperial College London. He obtained a 1st Class Degree in Chemistry and PhD in Molecular Photophysics from Imperial College London in 1995 and subsequently held a Postdoctoral Fellowship in the Department of Chemistry at the University of California, Berkeley.His research interests cover a broad range of activities in the general area of microfluidics and nanoscale science. Primary specializations include the development of microfluidic devices for high-throughput biological and chemical analysis, ultra-sensitive optical detection techniques, nanofluidic reaction systems for chemical synthesis, novel methods for nanoparticle synthesis, the exploitation of semiconducting materials in diagnostic applications, the development of intelligent microfluidics and the processing of living organisms. Andrew has given approximately 350 invited lectures at conferences and universities in North America, Europe, Africa and Asia (including 75 plenary or keynote lectures), has published over 300 papers in refereed journals, and co-authored two books. He currently sits on the Editorial Boards of Analytical Chemistry, Advanced Materials Technologies Chemistry World, The Journal of Flow Chemistry and Chem (Cell Press). He is also co-founder of Molecular Vision Ltd, an Imperial College spin-out company developing low-cost diagnostic devices for use in the doctor's surgery and in the home. 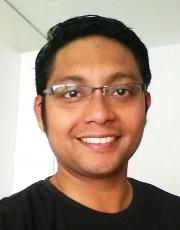 Anupam Sengupta is an ATTRACT Fellow and Professor of Biological Physics at the University of Luxembourg, and directs the Physics of Living Matter Group, a cross-disciplinary team of scientists working on emergent functionalities in biological systems. Research in the Sengupta Lab span soft and living matter physics, microfluidics, optics and microbiology. Anupam holds a B.S. and M.S degree (Dual Degree) in Mechanical Engineering from IIT Bombay, India, and a Ph.D. in Soft Matter Physics for his thesis on Liquid Crystal Microfluidics, carried out at the Max Planck Institute for Dynamics and Self Organization, Göttingen, Germany (2013). His doctoral work is a recipient of the Glenn H. Brown Prize from the International Liquid Crystal Society (2014), the Springer Thesis Award and the Berliner-Ungewitter Prize (both in 2013). As a postdoc at MIT (Cambridge, USA) and ETH Zurich (Switzerland), Anupam switched fields to work on the physical ecology of marine microbes, and the mechanics of microbial growth and adaptation. Anupam held a Human Frontiers Cross-Disciplinary Fellowship (2014-2017) awarded by the International Human Frontier Science Program Organization, and was selected as one of the six “promising young scientists for future” by Nature during the 65th Lindau Meeting for Nobel Laureates in Lindau, Germany. 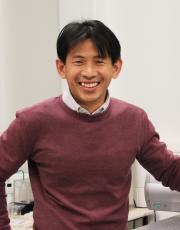 Steve Lee completed his undergraduate training in Electronics Engineering at the Nanyang Technological University (Singapore) and a PhD in Optics at Optical Trapping Group at the University of St Andrews (UK) . Prior to his PhD studies, Dr Lee has worked as an optical engineer/senior technical consultant for 3 years that focus on developing commerical laser scanning instruments (Einst Tech Pte Ltd). During his PhD with Prof Kishan Dholakia and Prof Ewan Wright , he developed novel optical manipulation technologies. He performed the first conclusive nonlinear light measurements on artifical kerr medium and built a multimodality bioworkstation. In 2010, he left the UK to pursue a 2-year postdoctoral training at Wellman Photomedicine/Harvard Medical School (USA) with Prof S H Andy Yun, where he developed adaptive intravital endomicroscopy for live small animal imaging. That is followed by a short stint as a Vice Chancellor Fellow at UNSW on nanowire optical manipulation. In 2013, he started his own research group (Applied Optics Lab) at Research School of Engineering to develop novel optical techniques and instruments to harness light for application in biomedicine and nanotechnology, where he won the 2014 ANSTO Eureka Prize for developing low cost elastomer optics. In 2014, he joins ARC Centre of Excellence for Advanced Molecular Imaging as an Associated Investigator to develop the next generation of intravital microscopy for in-vivo imaging. In 2015, he receive an ARC Discovery Early Career Research Award (DECRA). In 2016, he joins ARC Centre of Excellence for Nanoscale Biophotonics as an Associated Investigator. 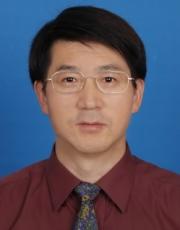 Dr. Baojun Li received his Ph.D from Xi’an Jiaotong University in China in 1998. He worked at the Fudan University in Shanghai, China as a Postdoctoral Fellow from 1998 to 2000. After that, he worked at the Singapore-MIT Alliance and National University of Singapore from 2000 to 2002, first at a Postdoctoral Fellow and then as a Research Fellow. From April to October 2002, he worked as a Research Fellow at the Institute of Materials Research and Engineering in Singapore. He joined the Sun Yat-Sen University in Guangzhou, China as a full Professor in 2002, and served as the Director of the Research Laboratory for Optoelectronic Integration and Lasers in the State Key Laboratory of Optoelectronic Materials and Technologies. From May to November 2009, he worked at the University of Oxford as a Senior Visiting Scholar. After that, he came back to the Sun Yat-Sen University as a Chang Jiang Scholar Professor and served as the Dean of the School of Physics and Engineering. In July 2016, he moved to Jinan University, Guangzhou, China, where he currently serves as the Director for the Institute of Nanophotonics. Christophe Moser is Associate Professor of Optics in the Microengineering department at EPFL. He obtained his PhD at the California Institute of Technology in optical information processing in 2000. He co-founded and was the CEO of Ondax Inc (acquired by Coherent Inc.), Monrovia California for 10 years before joining EPFL in 2010.  His current interests are ultra-compact endoscopic optical imaging through multimode fibers, retinal imaging, additive manufacturing via volumetric 3D printing with light. He co-founded Composyt light lab in the field of head worn displays in 2014 (acquired by Intel Corp). He is the author and co-author of 70 peer reviewed publications and 40 patents. 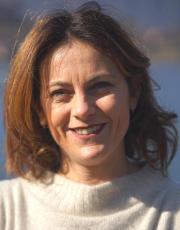 I graduated in 2003 and I completed a PhD in Electronic Engineering, both at University of Pavia.

From 2007 to 2011 I carried out my research activity as a postdoc at the Quantum Electronics Lab, University of Pavia. As a member of the Virtual Institute for Nonlinear Optics, I spent some months for collaborations at University of Insubria in Como and at Vilnius University in Vilnius (Lithuania).

Since October 2012 I have a permanent position as a researcher at the Institute for Photonics and Nanotechnologies of the Italian National Research Council in Milan.

My scientific activity has been mainly devoted to the numerical and experimental study of radiation-matter interaction, both in guided-wave structures and in bulk materials. Currently my research interests are related to the development of new optofluidic Lab-on-chip for optical manipulation and 3D imaging of single cells and clusters without physical contact and to their fabrication by femtosecond laser irradiation followed by chemical etching.

I am co-author of 46 regular articles published in peer-reviewed international journals. I’ve been involved in several research projects both as participant and as coordinator and I'm currently the coordinator of the H2020-FET Open project PROCHIP  that aims at realizing a high-throughput super-resolution microscope in an optofluidic chip.