Inequality for Women in Research 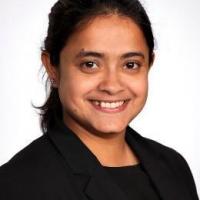 by Mousumi Chakraborty, PhD in Photonics

In the present, women in photonics is one of the most talked-about topics in the virtual and real world. According to the studies, a large number of women are enrolling in a university in science, technology, engineering, and mathematics (STEM) subjects and doing good in their field. Sometimes they are doing better than male colleague/students. Nevertheless, unfortunately, the same number of women are not participating in the field of STEM occupations. Still, STEM is considered a male-dominated field, though many women have already proven their excellence and competence in these fields.

Globally, women are underrepresented in many fields, especially in the research, photonics, and optics field; the number is still below standard. According to a recent UNESCO report, only 30% of the world’s researchers are women, though this percentage varies from region to region.

In my opinion, this situation is worse in South Asia, especially in Bangladesh. Due to society’s stereotypical thinking, many women cannot pursue their career as a researcher. Still, many people believe that doctors and teaching are the best professions for women. I am one example of this type of thinking; when I was in 9th grade, my family enforced me to choose science because they wanted to see me as a doctor. In my class, among the other 40 girls, I was the only one who wanted to be a student of science. After completing my 12th grade, when I told my family that “I want to study physics,” my family was very upset about my decision on that time. Though I was lucky that, after a few arguments, my family allowed me to study physics and now for sure, they are proud of me. After my marriage, I obtained my Ph.D. degree. I must admit that I was lucky again to finish my Ph.D. journey smoothly because of my supportive husband. But most of the women in Bangladesh are not as privileged as mine. Most often, they have sacrificed their careers and dreams for the sake of the family or society. Luckily, the situation has improved. However, many more activities, improvements and support are needed to build women’s career in research or photonics.

UNESCO research data has already proven the systemic barriers that obstruct women scientists from progressing. Despite of gender equality commitments and women’s educational attainment, women are still under-represented in the scientific community. Although the appearance of gender discrimination can be seen in every sector across the globe and highest in Asia, especially in Bangladesh. Many working women in Bangladesh have also experienced sexual harassment and sexual assault by their colleague/boss or unknown person.

There are some countries in Europe where gender equality has been achieved, e.g., Finland, Sweden, and Norway, just to mention a few. Among them, Finland has been called the gender equality pioneer. In 2018, Finland owned the top-ranked Nordic country’s crown with a fully closed gender gap in Educational Attainment. Nevertheless, surprisingly, Finland has one of the world’s largest gender gaps in college/university degrees in STEM fields. The graduation gap in STEM is increasing with the increasing levels of gender equality. According to the researcher, this situation is called the educational–gender-equality paradox. Even though 47% of Finnish parliament members, including the prime minister, are women, the gender pay gap still appears in Finland. However, countries like Bangladesh yet should follow Finland to improve the gender inequality.

Despites of many barriers, and many difficulties (like family, parenting, inadequate support at home, lack of opportunity networks, etc.), women are still moving forward. Countless women have made tremendous contributions to science and other fields through their hard work and integrity. Though the world has already started recognizing women’s talent and power, unfortunately, many women did not get recognition in their lifetimes.

Recently, many international organizations have already come up with excellent opportunities to support women scientists in the various stages of their career growth and activities. For example, in 2015, the European Optical Society (EOS) launched the international LIGHT2015 Young Women in Photonics award to honour a young female scientist who has made outstanding contributions to photonics. Prof. Nathalie Vermeulen, Brussels Photonics (B-PHOT), Vrije Universiteit Brussel, and Prof. and Dir. Laura Na Liu, Physics Institute, University of Stuttgart, won that award jointly. This was followed by the Early Career Women in Photonics Award in 2016. This year, the award went to Dr. Camille-Sophie Brès, École Polytechnique Fédérale de Lausanne, EPFL, Institute of Electrical Engineering. In continuity, in 2021, EOS is going to again present the award, at the Award Ceremony of CLEO/EUROPE-EQEC 2021, during 20–24 June 2021, in Munich, Germany. Application process is open on the EOS website: https://www.europeanoptics.org/pages/distinctions/awards/early-career-women.html

I believe that we (men and women) can make a better world together. For a better world, gender discrimination should be reduced to zero and women’s participation in STEM and the research field should be increased. Globally, women need more support, encouragement, and recognition.

The Author, Mousumi Chakraborty, has a PhD in Photonics from the University of Eastern Finland. Originally from Bangladesh, she now resides in Joensuu, Finland. Mousumi recently joined the EOS office for internship and is involved with the Women in Photonics Initiative of EOS.

Tweets by @@europeanoptics
All issues